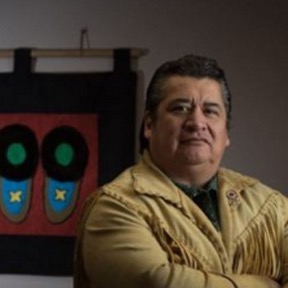 Chief Stacey Laforme was first elected to the Mississaugas of the Credit council in 1999 and since then has served his community for over 15 years. Born and raised on the Mississaugas of the Credit First Nation (MCFN) territory, Chief Laforme says exercise has always been a part of his life and has always been a way for him to release stress. Twenty years ago while working for the Social and Health Services department in MNCFN, Chief LaForme started a gym, which is still in operation today. Chief LaForme’s daily wellness routine consists of push-ups, smudging, and telling his family he loves them every chance he gets.